As the events of Friday August 11th and Saturday August 12th, 2017 in Charlottesville unfolded, Library staff at the University of Virginia actively watched the news and began capturing information from websites and social media. When Library administration met the following Tuesday morning, we were asked if we could create a site that allowed community members to contribute their photos and videos online. While the UVA Library had some experience documenting and collecting digital content after a major news event, this was the first time we attempted to create a collecting site so quickly after the events occurred.

We consulted with other institutions who had created similar sites, and built on their previous work. We set up workflows to ensure that no malware or viruses were upload in the process. It took us a little over three weeks to launch our online collecting tool, far longer than we had initially hoped. The lessons learned from the site launch of the University of Virginia Library’s Digital Collecting site, “Unite the Right” Rally and Community Response has led to the development of this toolkit to help future rapid response collecting efforts for ourselves and others.

If you have any questions or comments, please feel free to contact us at digital_collecting@virginia.edu. 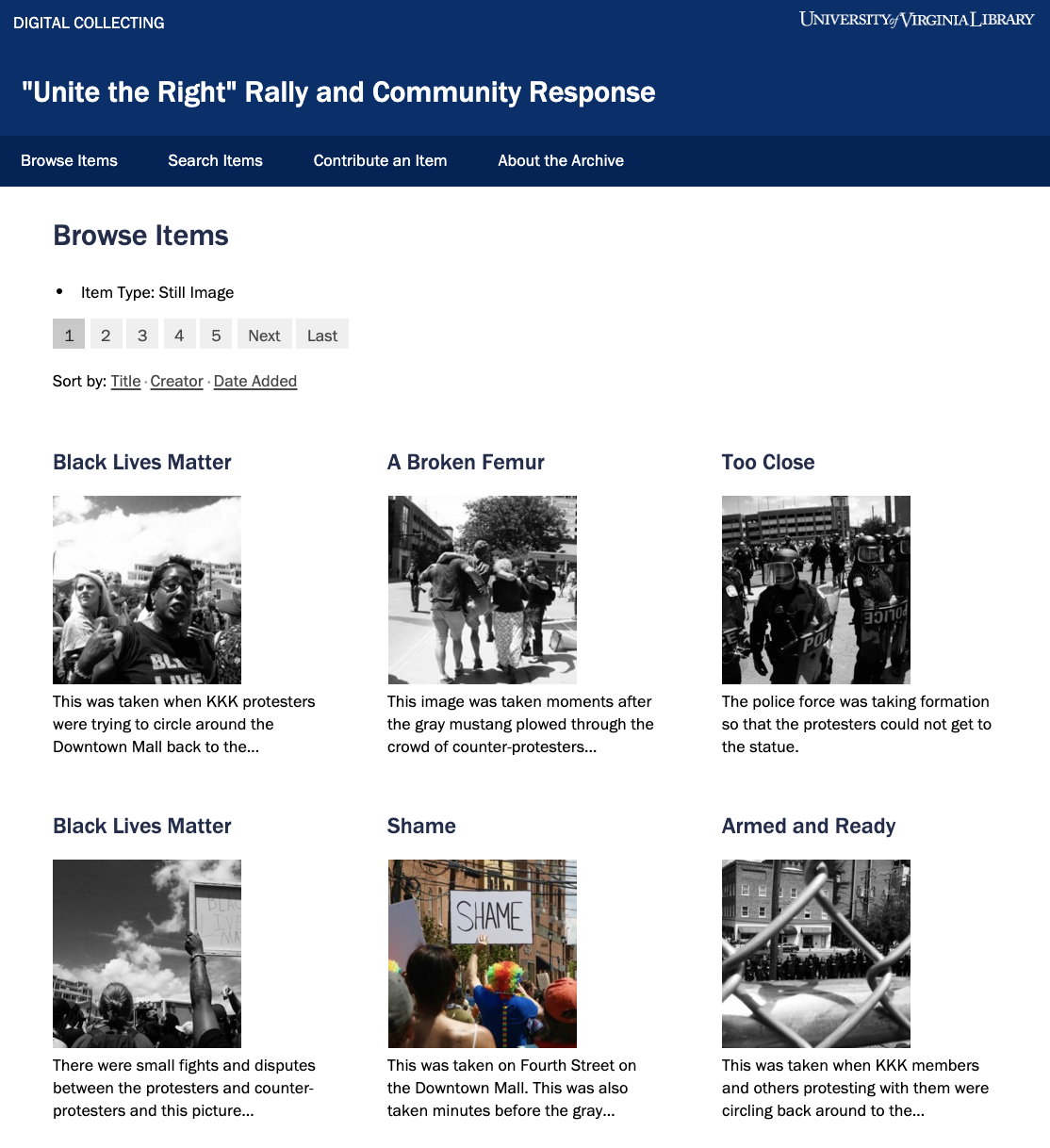